As part of our ongoing quest to improve the status quo of CI/CD security, we present GitOops: a tool to map CI/CD attack paths in a GitHub organization.

Lateral movement and privilege escalation via CI/CD pipelines is old news for those in the know. Despite this, the security community has so far invested little effort into producing literature and tooling to improve the situation.

We will start by motivating our work by presenting an overview of the issues we are trying to spot at scale. We will then gloss over GitOops’ inner-workings before demonstrating usage with some sample scenarios.

I originally published this on the ovotech blog. It is reproduced here as a mirror.

GitOops got picked up by tl;dr sec, CloudSecList and DevOps Weekly. Thanks for the mentions!

With the proliferation of CI/CD integrations and dynamic checks in Version Control System providers, users can directly and indirectly run code in a variety of contexts by pushing changes to repositories. The most common example is running code in a CI/CD runner by triggering software test suits from a feature branch when opening a pull request.

Combined with lax access controls to repositories and their branches, this can offer easy paths for lateral movement and privilege escalation within an organization.

Here are a some common scenarios:

As organizations grow to have thousands of repositories, hundreds of users and teams, use dozens of CI tools, and empower teams with autonomy, it is unreasonable to expect security teams to manually investigate and keep tabs on these attack paths.

Graph databases are cool and trendy, but they can also be useful.

If we abstract away the details from the scenarios above, what we’re really looking for are relationships between GitHub:

The relationships we are looking for are of moderate depth and can take several different forms.

An organization may use different CI/CD systems. We mostly use CircleCI, GitHub Actions and AWS CodeBuild, with a dash of Jenkins laying around for good ol’ legacy reasons. Most CI/CD systems support user-defined environment variables, but with different twists. For example:

These approaches are quite different. Wouldn’t it be great if we could search for all paths between a user and a secret without having to worry about which system(s) we’re targetting?

This sounds like a good case for a graph database. It’s much more fun to write:

than to try to translate all possible paths into an SQL statement.

We opted to work with Neo4j and the Cypher query language; the Community edition is free, easy to use and popular. The folks at Neo4j have also open-sourced Cypher and some other graph databases have started supporting the Bolt binary protocol.

What do we ingest?

Now that we have justified the use of a hipster’s DB, what do we store exactly? We’ll gloss over this here; you’re welcome to check the code and the schema for the details.

We want to know:

We want to know which repositories have CI/CD configurations:

We want to know which repositories trigger jobs on pull requests and merges to the main branch. There’s a couple of ways we can get this information:

For the pièce de résistance, we want to know where all the secrets are:

Now that we’ve ingested relevant data from our GitHub organization and CI/CD systems, we can start mapping some attack paths. We’ll only cover a sample here, you can find more examples in the docs.

This query will return paths between a user and potential secrets, via several means: 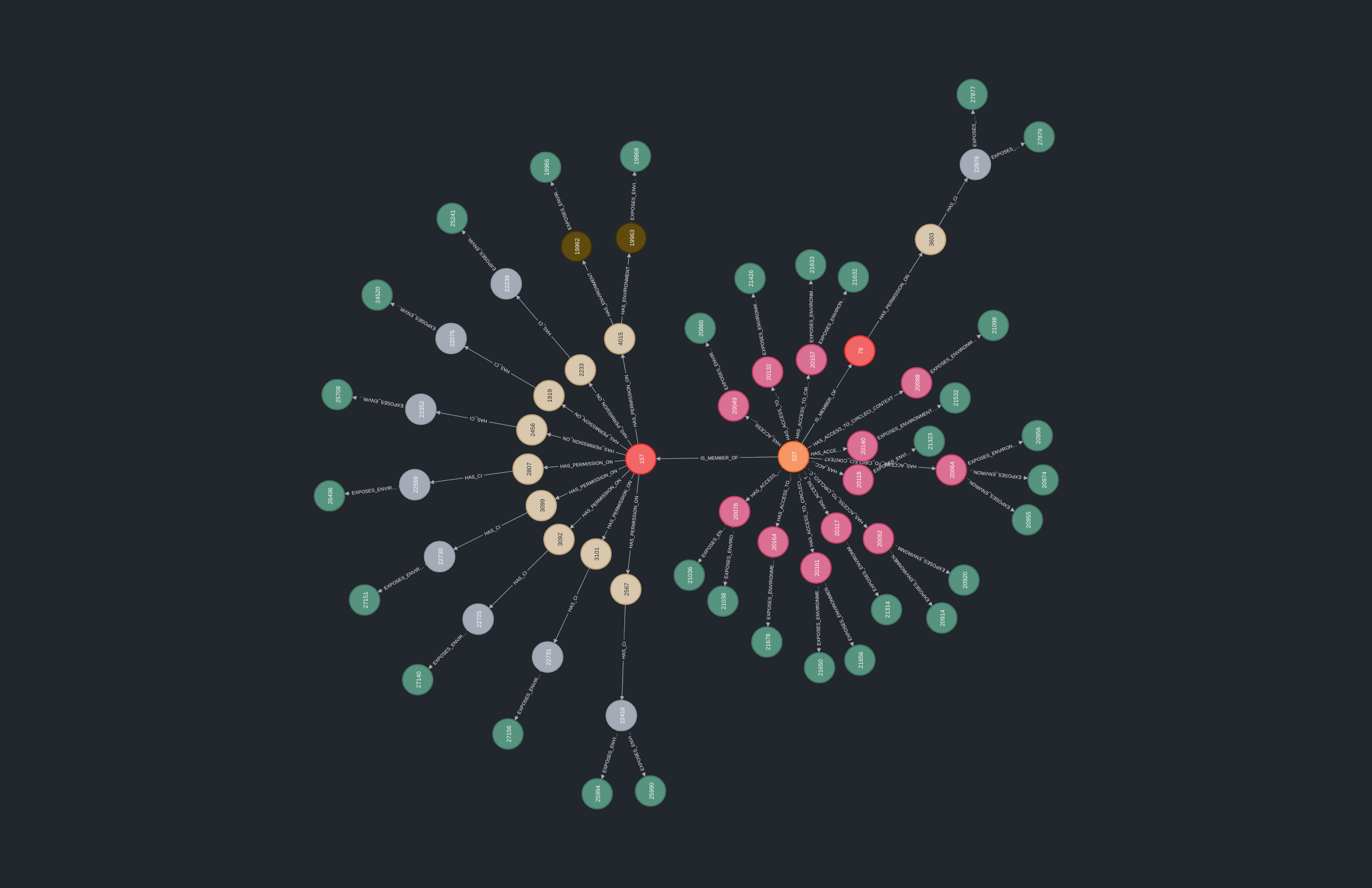 If we want support for other CI/CD systems, we could try the query below which will look for mentions of environment variables and certain keywords in configuration files:

GitHub Actions has supported branch protections for secrets since December 2020, through a notion of “environment”. Using this feature is optional.

Environments also needn’t enforce any branch protections. We can look for environment variables that can be exfiltrated from any environment through a pull request:

Production Terraform plans on unreviewed code are a bad idea. We attempt to find these by looking at the context values on pull requests’ status checks, to get maximum coverage and account for CI/CD systems that may be configured server-side (e.g. AWS CodeBuild). The funky regex in this query means “things that contain terraform (or tf) and prod (or prd, and as long as it’s not preceeded by non):

Pivoting through GitHub bots or: how I learned to stop worrying and love CircleCI

This author has yet to witness a GitHub organization of a respectable size that did not make use of one or more GitHub “bot” user accounts. Personal Access Tokens (PATs) for these user accounts also have a sneaky habit of finding their way into CI/CD systems.

What’s more, several GitHub SDKs misleadingly give the impression that you need to provide a username when using a PAT (in reality any string will do). This has the interesting side effect of leading to GITHUB_USERNAME environment variables often being found next to GITHUB_TOKEN ones.

To throw a cherry on top, CircleCI allows us to retrieve the last four characters of environment variables through their API.

I’m sure you see where this is going: if we’re lucky we can run a query to predict the access an attacker would obtain by pivoting through GITHUB_TOKEN environment variables:

If we’re not so lucky, we can always extract the GITHUB_TOKEN through a pull request and hit the /user GitHub API endpoint to retrieve the authenticated user’s login.

GitOops is currently designed for one-off mappings from a security engineer’s laptop. In the future, we would like to move towards a form of continuous monitoring of an organization’s GitHub security posture. Details will be fleshed out as we move along, but this may look something like:

We would also love to formally support additional CI/CD systems and VCS providers. If you want to contribute we’d be super interested!

You can hit up the author on Twitter @_alxk and check out GitOops on GitHub.