We recently adopted GitOps for Kubernetes deployments, using Weaveworks’ flux daemon. This is a “pull-based” approach to continuous deployment for k8s, very much pioneered by Weaveworks’ themselves.

There’s several advantages to this but what I’m going to focus on here are the security benefits. I’m then going to advocate for the adoption of the pull-based CD approach beyond k8s manifests, particularly around building and pushing container images.

Ultimately, I’m arguing that “CI/CD” tools like CircleCI and Jenkins are a security hazard and should only be used for “CI” (running tests). 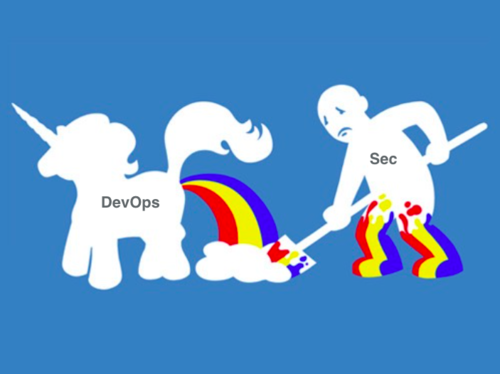 I originally published this on Medium. It is reproduced here as a mirror.

This post got picked up by Google’s Kubernetes podcast and CloudSecList.

Let’s define “push-based” in this context. If you’re using something like CircleCI or Jenkins to deploy, those tools are pushing your services:

We’ll see how this contrasts with a pull-based approach later.

First, what’s the issue with tools like Jenkins or CircleCI for deployment? My main security arguments against traditional CI/CD tools are:

Minimizing your attack surface is a basic security principle.

Let’s say you have something like Jenkins running on your network. There’s 150 CVEs for Jenkins core, with 15 of those just from 2019. This figure excludes plugin vulnerabilities - of which there are many more (not to mention the risk of supply-chain attacks with those).

To add to the fun, reflected Cross-Site Scripting in Jenkins can lead to remote code execution on the Jenkins host, meaning attackers can probably gain an initial foothold into quite a few companies with some innocuous phishing or watering hole attacks (you did click on a random link to view this blog post, didn’t you? 🙃).

RCE on your Jenkins host is bad enough, but if you have production deployment secrets on there it’s game over. 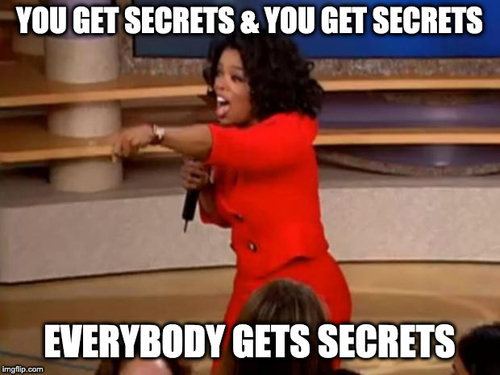 I’ll talk about CircleCI here but this applies to other CI/CD tools.

Everything is Agile and DevOps, so you want to allow your engineers to deploy multiple times a day, with minimal friction.

You have branch protections on your master branch and require one or more peer review of changes before a branch can be merged into master. So the CI/CD flow you’d expect is maybe something like:

It may be tempting to think that only CircleCI has access to deployment secrets in the scenario above, or that only a peer-reviewed master branch can be pushed to your container registry and deployed to production.

In fact Alice, Bob and everyone else on that team can trivially pull the deploy secrets out, and CircleCI’s contexts offer little solace here as long as you want to empower the team to deploy on their own. To pull the secrets out you just need to push a branch and print out the environment variables during a job run, or POST them to an endpoint - after all, CI/CD tooling is literally Code-Execution-as-a-Service.

In the above scenario, compromising a single engineer is enough to gain access to production through CircleCI (at least to the extent their context allows).

It should be noted that Travis and other solutions offer better controls, allowing you to restrict secrets on a per-branch basis. You would therefor only expose deployment secrets to master code that’s been peer-reviewed (and therefor assumed safe). Still, that’s production deployment secrets outside of the trust boundary of your production environment. As we’ll see later, this is not necessary.

Sharing is not caring

It seems to be fashion these days to share your deepest secrets with everyone.

There’s companies like Platform9 or Spotinst who want admin access to your cloud environment or production cluster to help you manage things. Of course, you’re also expected to give this access to your CI/CD SaaS of choice, if you’re going for the Cloud version.

This is all the more worrying given that some threat actors are known to have shifted their focus to targeting managed service providers; why put the effort into compromising a thousand companies when they can target a single service provider and gain access to all their customers?

To a certain extent, you have to trust third-parties these days. However, I’m more comfortable with AWS lording over my services than a startup or small company who may be cutting corners around security while they focus on market acrobatics.

At the end of the day, you just want to limit the number of third-parties with access to your stuff.

How does adopting the pull-based approach offered by flux improve the security posture here?

For those not in the loop, the flux daemon sits inside your k8s cluster and does two things:

I’ll just focus on the first point here for brevity (the docs give a good intro to the rest).

flux regularly polls the master branch of the repo that contains your k8s YAML manifests and makes sure that what’s in your cluster matches what’s defined in the “GitOps” repo. In the simplest terms, this is what it does:

And just like that, the state of your cluster is version controlled, auditable and protected from drift. You can go ahead and revoke everyone’s access to the cluster; they don’t need kubectl anymore.

More importantly though, you can go ahead and remove cluster access from your CI/CD tool. Your CD pipeline now looks like this (notice the direction of the arrows):

Because your CD tool now sits in your k8s cluster and uses a pull-based approach, an attacker would already need privileged access to your cluster to abuse it (read: there’s no point attacking the CD tool now).

flux has no network attack surface and doesn’t leak secrets.

Your deployment access controls are now in your GitOps git repo and you probably want:

With these measures, multiple engineers from the same team need to be compromised for an attacker to make his way to production through the CD pipeline.

What about the images?

In the previous section I said “your CD tool now sits in your k8s cluster” but that’s only partially true. If you only adopt Weaveworks’ flux and call it a day, you’re still pushing your Docker images to a container registry, probably using a CI/CD tool like Jenkins or CircleCI.

In fact, that’s what Weaveworks explicity say in their own blog posts which is a bit surprising; they’re lauding the security benefits of their pull-based k8s deployment approach while recommending their users push images to a container registry, and from CircleCI nonetheless (image from Weaveworks):

So we’ve not really solved the problem at this point. If the CI/CD tool is compromised according to one of the scenarios we described above, attackers can push arbitrary images to the container registry. Given that flux also automates the deployment of new images by monitoring the container registry, that’s still a CI/CD path to production to be abused by attackers.

The solution seems straightforward at this point: building and adding new images to the container registry should also be done with a pull-based approach. We need a daemon that polls application repositories for peer-reviewed (trusted) changes to master. Upon a change, it builds the application’s Dockerfile and safely puts the image in the container registry.

What we’re looking for is something like this (again, arrows): 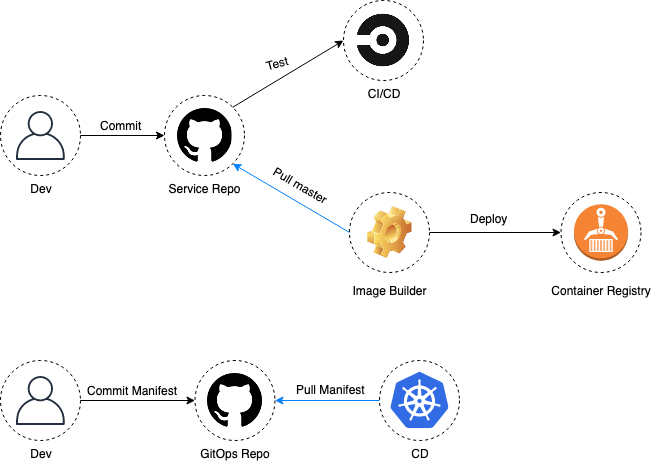 Such a service would have no network attack surface and wouldn’t risk leaking any image deployment secrets.

I’ve been playing around with a proof-of-concept that polls repos and uses Google’s kaniko to build images in a safe location.

We need to turn our pipelines around and start pulling.

Traditional push-based CI/CD tools are a security hazard. It’s true that some offer better security controls than others, but either way, there are tangible security benefits with pull-based pipelines.

Continuous deployment can and should only be done within the trust boundary of your production environment.

We now need a solid pull-based tool for building images to complement flux.